The Marder Woodland Garden has been mentioned several times in this newsletter and Henry and Betty Jo are the support behind the garden.  In the late 1990’s, Henry and Betty Jo approached Jim Cox, expressing an interest in supporting the natural area where the Arboretum sits.  This area is relatively close to the area Henry explored as a youngster.  Also, they visited the Missouri Botanic Garden and were impressed by the woodland garden there.  The Marder Woodland Garden was dedicated on June 27, 1999 and is the melding of shade gardens and native plantings.  I wasn’t around for the beginnings of this garden, but the shade garden complete with native plantings, a babbling streamway and beautiful furniture built of stone and timber create a lovely walk.  Henry Marder passed away on November 20, 2017, but his gift lives on.

Speaking of the streamway, this water is especially beautiful with luminary candles scattered throughout.  The chore of placing the candles in the water for the Luminary Walk has become a “rite of passage” for our newer employees.  New laborer helpers seem to vie for the opportunity to don high water boots, and ford the shallow stream full of freezing water.

Henry’s dedication to native plants keeps Anne on her toes to find new species that are beautiful, hardy and native.  Unfortunately, the combination of heavy shade limits us.  Ferns are just one category of plants that we try to incorporate.  There are several ferns native to the eastern US, which are planted along the flagstone walk that stretches from one long sidewalk to the other.  The survival of these ferns, such as Ostrich fern Matteuccia struthiopteris, is dependent on staff and volunteers and mother-nature supplying enough moisture.  Wild hyacinth, Camassia scilloides and smooth hydrangea, Hydrangea arborescens are native and have been planted in the Marder garden, even though they would probably prefer more partial shade than full shade.  Look for the camassia in the spring – new clumps of grass-like foliage scattered here and there around the pergola.    You are probably more familiar with smooth hydrangea than you think, as it is the species for the ‘Annabelle’ hydrangeas.

For sun loving plants, we have carved out a bed along the sidewalk to the Medicine Wheel.  There we feature native plants such as Rattlesnakemaster, Eryngium yuccifolium and Gray-headed coneflower, Ratibida pinnata.   Also look for liatris and several species of monarda.

With deer damage diminishing, there are a few native species of rhododendron we would like to try, if we can locate a space with partial shade, good drainage, good moisture and the impossible low pH.  There are a few plants we all wish no one had introduced – multiflora rose and bush honeysuckle.  One of our goals for 2018, is hosting several invasive weed eradication work days.  Look for these workdays at the Arboretum, then take the skills back to help your neighborhoods.  Everyone is challenged with these.

Last month, Dianna, Mary and I were walking in the Marder garden, inspecting Luminary equipment between weekends, when a pileated woodpecker flew by and landed.  First time I have seen this bird.    We followed it for a bit in the south area of the garden.  The woodpecker landed and I took a photo with my phone.  In the photo, the bird is pretty high up and the photo looks like a wooded area, but if I keep enlarging the photo, there he is.

Maybe that was Henry flying over his garden, making his own inspection. 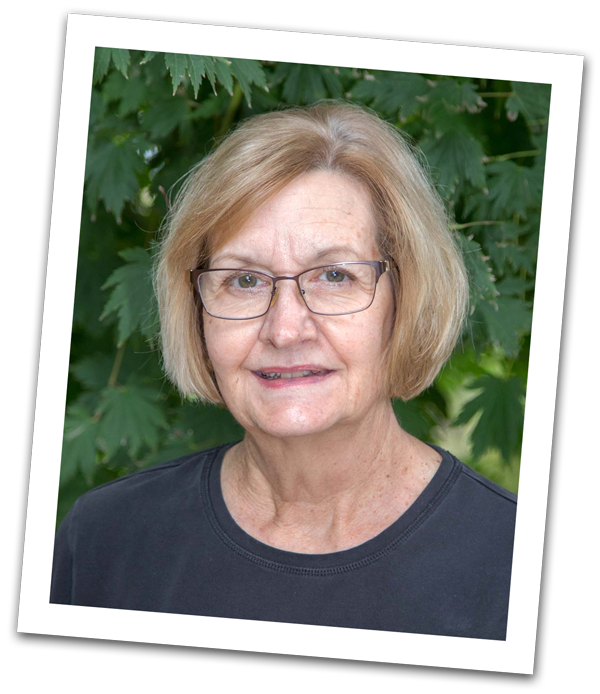 If, as you are reading this article, you say that it sounds familiar, it is.  It is basically a repeat of the first article I wrote two years ago.  Normally, a chair would be done writing at this point as the position is usually for two years; however, with our big Kinetics exhibit scheduled for this Spring I was asked to serve one more year.  I consented and being a person who really doesn’t like to write and who often runs out of ideas, you will probably see some repeats over the next year.  I could have written about the record-breaking Luminary Walk, but Kim has done a wonderful job of that in the volunteer article – and all of the volunteers deserve all of the praise they can get.  What you see below is still quite valid and I don’t think a repeat is out of place.
“Why do we need arboretums?”
The dictionary definition is “a place for the scientific study and public exhibition of many species of trees and shrubs”, but an arboretum is much, much more than that.  It’s a quiet place to get away, a beautiful place to exercise, a place to appreciate and become one with nature, a place to educate our children and grandchildren.  There are more things that I can’t even think of right now. Most important to me is that an arboretum says, “Trees are important”.  Too many people don’t recognize the importance of trees and everything we can do to change that mindset is something we should do.  It breaks my heart when beautiful, mature trees are cut down for no good reason.  The list of things that trees provide to us is long, but the fact is, if the world didn’t have trees, in all likelihood, it wouldn’t have people either.

Having grown up in Nebraska and celebrating Arbor Day every year in school, I grew up with an appreciation of trees and that appreciation has only grown over the years.  I love planting trees and watching them grow.  I love learning to identify trees and learning about their characteristics.  And I love knowing I’m making the world a better place because I plant trees and try to protect them.

Come out to the Arboretum and see the work being done on tagging the different species of trees.  There is a book available in the Visitor’s Center to take you on a tour and help you identify some of the special trees.  Winter is a wonderful time to view trees as you can see their unique shapes and beautiful bark.  You will see may things in Winter that will be overlooked or hidden during the other seasons of the year.

When the weather is as cold as it has been, it’s too easy to hibernate.  Give your mind and your body a perk me up.  And if you want to wait until it’s a little warmer, on March 28th, our two tree experts, Ken O’Dell and Jim Earnest are giving a tree tour.  Watch for more information to take advantage of the educational  opportunity.

See you at the Arb.

From the Volunteer Coordinator

2017 was a spectacular year at the Arboretum – finished off by a record breaking Luminary Walk. Attendance at Luminary shattered previous records – we had over 38,000 guests walk through the beautiful, lighted trails during the six night event. As you can imagine, the amount of work it takes to plan, organize, execute and clean up after almost 40 thousand patrons walk through our doors is a monumental undertaking. This month, we wanted to spotlight those key players that were crucial to the success of our annual Luminary Walk.

This was Irene Parsons’ third year chairing this event. She has experience under her belt and tenured committee members – all of which contributed to a successful experience. Irene is very task oriented and organized, and she has a very hard working crew. They pretty much live at the Arboretum during the months of November and December. We are beyond blessed to have Irene lead this fundraiser.

Jane Jones, Karen Thurston, Ron Lomax, Mike French, Julie Fox and Kate Pettijohn were indispensable in getting things set up and running the event. These folks hauled supplies, strung lights, put out luminaries, moved equipment, put up greenery, ran extension cords, lit the candles, worked each night, cleaned up on mornings after…and then tore it all down and packed it away. Together, these volunteers contributed more than 732 hours during the months of November and December! Their commitment to the Arboretum is extraordinary and ensured our Luminary event nights ran smoothly. There are so many more people who volunteered throughout the set-up process and during the event – too many to name, but we are grateful for everyone who helped.

Other volunteers that were key during the event were those that oversaw a particular area. Volunteers like Maggie Rudzik, who lined up all the entertainment acts and babysat them each evening; Paul Tamisiea, who led the wagon rides; Libby Irving, who was in charge of Santa’s Depot; Teresa Halbersma, who managed concessions; and Bill Hart & John Van Buskirk, who made sure trains were running. These volunteers worked every night of the event in their particular areas. In addition, many thanks to Ron Lomax for turning on the lights each evening.

Then you had Marilyn Dube and Carolynn Parsons in charge of the volunteer check-in. They were often the last ones to leave since they not only checked volunteers in and out, but also all the equipment- radios, parking batons, flashlights, etc. They stayed long after the end of the event to ensure things were organized for the next day.

Sue Beamer and her hospitality team were crucial; they assured that all our hard working volunteers were able to take a break with a warm meal. They arranged every feast and did all the tasks that come along with feeding lots of people – warming up dishes, setting up tables, icing down drinks, etc. They also had to stay late to clean dishes.

Again, there were so many more folks that helped that are not named here. We had more than 250 volunteers show up, ready to lend a hand with this beautiful event. What do they say… “many hands make light work”?  So whether you gave 1 hour or 100, we are eternally grateful for the combined efforts of all. We appreciate each and every one of you.